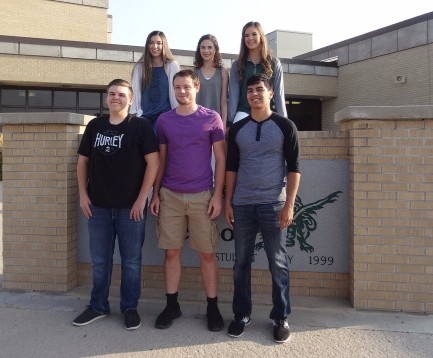 This year’s homecoming queen candidates are Tica Penzing, Bailey Hamaker, and Grace Dille.  Grace and Tica were both previously nominated for Prom Queen last year. Bailey, however, hasn’t been nominated before, so she was very surprised and happy! Although Grace and Tica have previous candidates, they were both still very shocked and excited. Grace and Bailey both said they thought Tica would win. Tica, however, said she didn’t know who would win. All of the girls love homecoming week. Grace’s favorite part is dressing up, Tica likes the Homecoming Olympics, and Bailey likes seeing everyone’s outfits. The three girls are all involved in clubs and organizations. Grace is a part of FBLA, NHS, and student council. Tica is a part of FCCLA. Bailey is involved in FBLA and NHS. The girls wish everyone a great rest of the week!