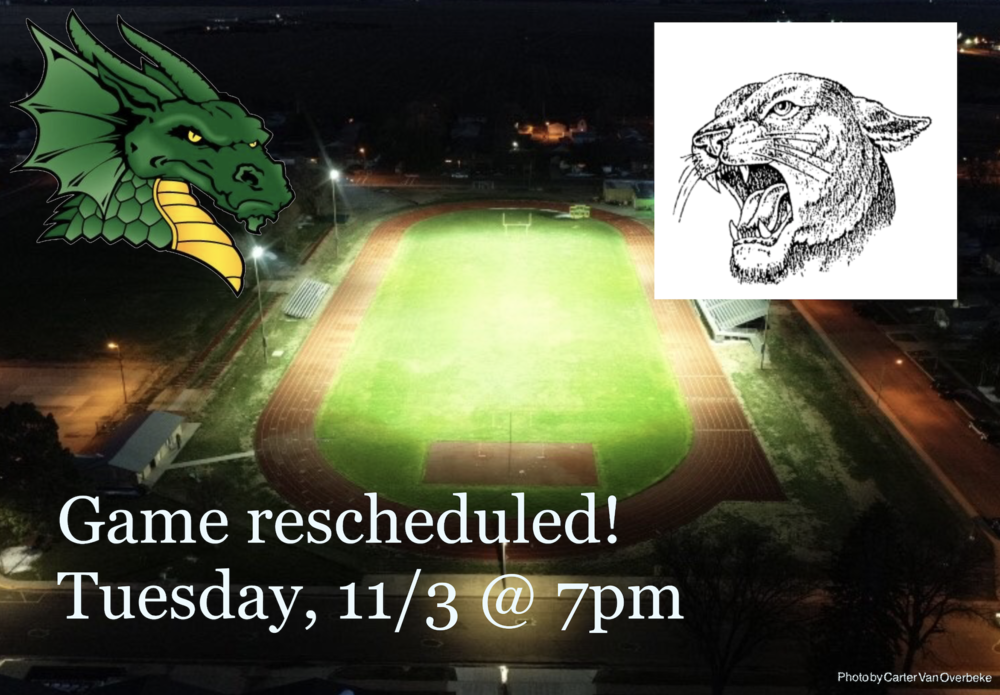 After a series of discussions with Burlington High School and CHSAA, the football game previously scheduled for October 16, will be played November 3. Both schools played Saturday, October 31 @ 1pm and the 7pm kick on Tuesday allows for the required 72 hours between games. Both teams are scheduled to play next on Saturday, November 7, leaving more than 72 hours between those games as well.

Burlington High School has sent the following guidelines for those attending the game.

"You will be allowed 175 spectators on your sideline outside the fence (those tickets will be passed out to football families first, then students, and finally, the community). There is plenty of room for your fans to space out behind the fence on the East side. There are bleachers, but fans may bring lawn chairs as well. Handicap/Senior citizens may drive in and watch from their vehicle, the entrance is on the north side of the stadium. Visiting fans may park in the dirt lot that is on the North Side of the high school. Visiting Fans will enter the stadium through the North gate that is on Fay Street and walk around to the East side. Please stay on the East side at all times. There will be porta-potties and minimal concession options on the visiting side. According to CHSAA guidelines, spectators should be socially distanced and masked. No fans are allowed on the field or the track during the contest. When the game is over, if parents wish to come on the field to take pictures with their player, they may do so, just please social distance from other parents on the field. "

We thank BHS and CHSAA for the work done to allow this game to be played.