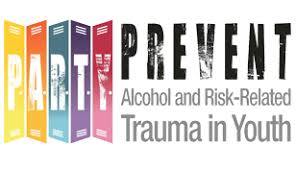 On Wednesday, March 21, the P.A.R.T.Y program for Freshmen and Sophomores occurred. P.A.R.T.Y stands for Prevent Alcohol & Risk-Related Trauma in Youth and is a program showing teenagers the real danger and seriousness of drinking and driving. Students started the program by hearing one man’s story of how he lives with constant guilt and had his life changed by drinking and driving. The high schoolers then walked to the lots behind the hospital, where they witnessed firefighters and paramedics act out a drunk driving crash with a dummy. The firefighters showed how they remove car doors, remove a car roof, and break glass in a safe manner. Afterward, the dummy was placed on a back board were paramedics and firefighters carried it to a waiting helicopter. Police officers then inspected the driver (acted out by Sophomore Hunter Bergstrom) for signs of being intoxicated. Later at the hospital, students were split into groups of 8-10 and participated in planned activities. These activities included learning about medical objects, when they are used, and how they are used. The high schoolers had lessons in two separate ambulances, talked to doctors in the E.R, visited the morgue, spoke to the firefighters as well as EMS, and were able to wear “drunk goggles” while having police officers explain how impaired you are when drunk. It was a memorable and great experience for the teenagers.