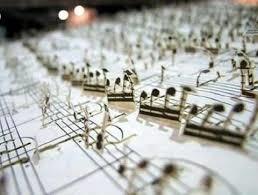 On Tuesday, the 8th of May at 7:30 pm, the Junior High and High School bands performed their final concert. The concert included modern upbeat songs as well as slow, beautiful and soft songs such as "Up Town Funk" and "Air for Band." The overall band had prepared multiple pieces that were begging to be presented to lucky ears. There were many people who came and attended and hopefully enjoyed the concert. Students had put in hours of practice and effort to get the final performance down well. Mr. Lampkin has done a great job with the band by getting them to the point that they are today. He will be missed, but definitely had a great performance to end his Holyoke career. Thank you to all who came and supported the band, helped make the performance happen, and allowed for the night to be a memorable one!