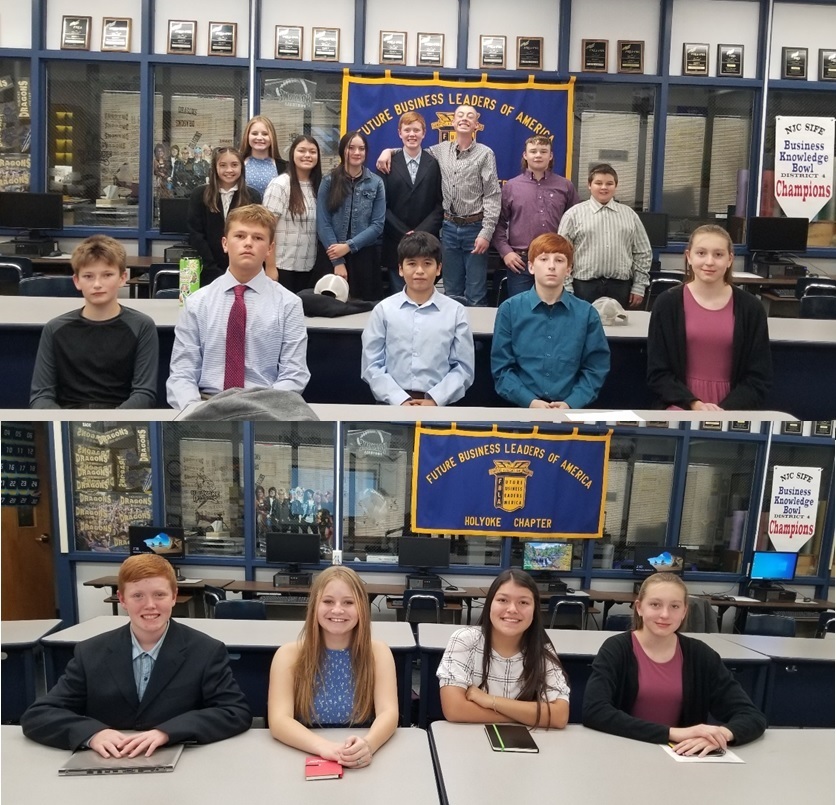 Students in Mrs. Nelson’s Junior Achievement class have spent the last several weeks preparing for a mock interview.  Students did a unit on career exploration and also learned about federal and state employment laws, developing job criteria, finding jobs, and the Equal Opportunity Employment laws.  They then learned about applications, resumes and cover letters and created their own to prepare for an interview with local business owners and managers.

The top students for each job vied to “get the job” by going through a second round set up as a panel interview with all five interviewers.  Students placing top in their group and therefore qualifying for the final round included Rubi Bencomo Dominguez, Kaden Herman, Elly Kleve, and Lucy Hayes.  The final winner, receiving a prize of $50, was Kaden Herman.  Mrs. Nelson was extremely proud of her entire class being able to do what they did and do it well!